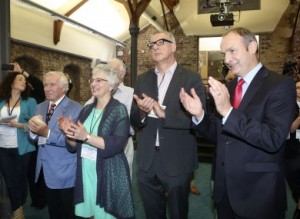 Post by John Carroll
During the past few weeks, we’ve heard much about the Zappone/Quinn and Crowne Seanad bills offering a roadmap for non-constitutional Seanad reform. Apparently these Bills can be the “legislative template” for Seanad reform that could be put in place within 75 days yet surprisingly few people (beyond Richard Humphreys and Eoin O’Malley) seem to have considered what is in them and the issues they throw up.  So, for those interested in what these Bills contain, I’ve put a general summary below, which might give people food for thought. From a cursory reading of it there are massive practical issues around how the register would be generated and maintained and the costs associated with this, how counting could take place, the fact that panels will elect senators with no reference to the size of the electorate as well as the broader issue of having a body potentially with significant democratic legitimacy in conflict with the lower house.
Most agree if you are to have meaningful Seanad reform it probably can’t happen within the confines of the Constitution, though it’s debatable whether this is desirable (see Michael Gallagher on this)  and it’s unlikely any government will want to go to the people again on this issue anytime soon. If we are looking at Seanad reform, perhaps a few issues arise: Who votes? When do they vote? What powers should a Seanad have/ what should it do?