Parties are increasingly unpopular. The recently released European Social Survey (wave 6) shows parties are distrusted by 85% of Irish people (compared with parliament and the government distrusted by 75% and 77% respectively).  Ireland isn’t that unusual; Most countries show a large majority lacking trust in parties. Danes, Swedes and Austrian are the most trustful of politics, but even in those places just about a third of respondents claim to trust parties.

This might not matter much. Parties might be easy entities to dislike and people will say so in opinion polls, but people vote for them in droves at elections. People’s behaviour indicates what they really think of parties. (It’s easy to support the idea of an independent because you can project all your own opinions on an imaginary one, the problem is when faced with real independents they don’t always look like you.) However Ireland may be unusual. The recent flurry of opinion polls show that more people are now supporting independents than any other group going for election. If it were a party it would be the largest party. Some independents are trying to dub next Friday’s election as “Independents’ Day”.

The rhetoric from independents (and one that seems to resonate with many people) tries to portray parties as somehow craven and without principle. Independents say they will put people before party, and ask to move democracy on without parties. At the same time independents have started to work together. This is in part driven by necessity; to ensure that they are given speaking time in the Dáil. But it is also as part of an effort to market themselves as a group. Leinster House has a number of people who want to lead a new alliance of independents, and so documents such as ‘Independent Thought – United Vision’  have been produced. Ireland saw a huge level of volatility at the last election, but unusually saw no new party emerge. There has been quite some talk of a new party being formed by the independents, but the one certainty there is that any new party, if one were to emerge, would market itself as an anti-party party. For instance the leading members of Reform Alliance argue it is not about the ‘perpetuation of party politics’. 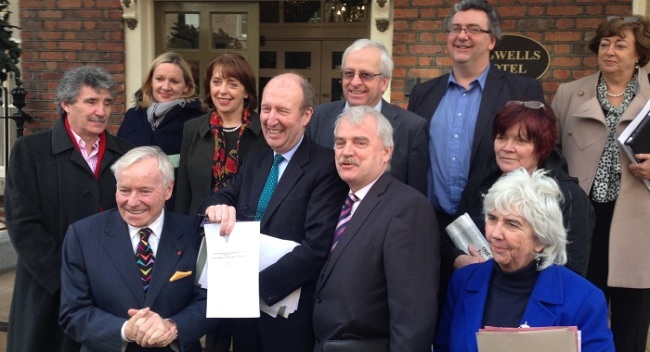 The anti-party tenor came through in the Seanad referendum debate where much of the rationale for people’s vote to retain the second chamber was a distrust of parties’ ‘power grab’ and specifically they cited the whip system.

There was rarely a sensible discussion on the benefits or otherwise of the whip system. Few seemed to have thought about what life would be like without a whip system. In local government we might be about to see this if, as is likely, there is a large bloc of independents with whom no agreement to ‘govern’ can be reached.

Usually local representatives form some sort of coalition, usually to divvy up the mayorality in a city, but also to agree on the priorities for the council over the subsequent five years. This agreement is important because the city and county managers, now Chief Executives, control a lot of information and executive power. To deal with that one needs a cohesive majority in the council to stand up to managers so as to prevent an abuse of these privileges and to ensure proper accountability.

With the rise of independents it could be easier for the executive to pick one off one by one with side deals for their local community in the same way side deals were offered to independent TDs in the Fianna Fáil-led governments in the late 1990s and early 2000s. These might seem like a good idea for the people living in those areas, but they probably led to excessive spending on questionable projects and minimal oversight by those TDs of government proposals.

The rise of Independents might be more worrying for national government because they cannot form a cohesive bloc to enter or support a government. Independents will be a bit like populist parties (apparently) on the rise in the rest of Europe. They’re unlikely to go into government immediately, and may either die out or go mainstream especially if the realities of government are upon them. In Ireland if independents take 40 seats in the next general election, as some recent polls suggest is a possibility, it will drastically reduce the number of plausible coalition combinations. It will reduce the possibility of the ‘real change’ they promise. 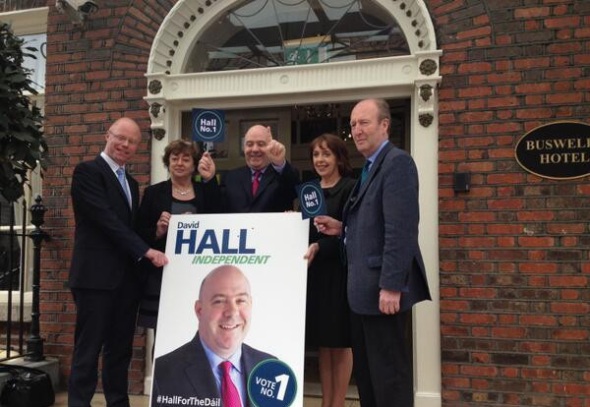 It’s difficult to predict what the likely composition of the next government will be assuming the current government doesn’t get the numbers to re-form (a big assumption this far out). But assuming a result based on the current polls (usually a stupid thing to do), we’ll see a Dáil something like this:

Assuming the parties get their mid-point here, and a government needs 80 seats to form a majority, a Fianna Fáil-Fine Gael government is the only ideologically coherent option. (That may not happen because it could be a death sentence for the smaller party.) If those left-wing independents (and I’d say about two thirds might be left wing formed some coherent block, a coalition to remove Fine Gael might be possible, but I doubt any of Fianna Fáil, Sinn Féin or Labour would entertain it unless there was some sort of party to guarantee that Dáil votes would be passed and there wasn’t a crisis threatening every week. If anything  a large number of independents in the Dáil are going to limit the options for government formation and limit the possibility of  the ‘real change’ they hanker after.