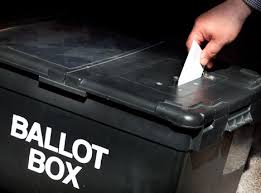 This blog builds upon a 2009 Local Election Report (co-authored with Dr Liam Weeks). The report is available to access free, online, in a virtual issue of Irish Political Studies on Local Government and European Parliament elections  http://explore.tandfonline.com/page/pgas/fips_elections

Local elections in Ireland are regarded as somewhat of a mystery. A major reason for this is because the local government system itself and its structures are perceived to be complex. If people do not understand the system or what local authorities actually do, it is not surprising that local elections are either seen as unimportant or irrelevant. This apathy is shared by large portions of the media who opt to analyse local elections merely in the context of what they mean for national politics and the next general election.

On 23 May we will have our 24th set of county and city council local elections since the ‘modern’ system of local government was introduced with the Local Government (Ireland) Act, 1898. These elections have taken place in 1899, 1902, 1905, 1908, 1911, 1914, 1920, 1925, 1928, 1934, 1942, 1945, 1950, 1955, 1960, 1967, 1974, 1979, 1985, 1991, 1999, 2004 and 2009. The act of 1898 stated that councillors would hold office for a term of three years, and then retire together, with their places being filled via a new election. This changed in 1953 when legislation provided for the holding of elections every fifth year. However, postponement of local elections became the norm with a minority of elections taking place according to their original schedule. In all, local elections have been postponed on fifteen occasions since 1923. While the reason given for postponement in most cases has been a proposed restructuring of local government, this did not necessarily happen to any great extent. Rather, governments opted out of mid-term electoral contests on a whim, fearful of the outcomes. This lack of respect by central government towards local government elections reached a peak in the 1990s as the county and city council elections scheduled for 1996 did not take place until 1999.

In most cases, sub-county (e.g. town council) elections are held on the same day as county and city council elections but this is not always the case. Following 2014 legislation, the local government system has changed from a two-tier model to a single-tier model with the abolition of all town councils. Therefore, on 23 May, we will be electing members to 31 county and city councils only. In 2009, the elections were for 114 local authorities. Local elections are quite often held in conjunction with other votes. The 1945 local elections coincided with Ireland’s first contested presidential election, won by Seán T. O’Kelly. In 1979, the local elections were run on the same day as the first direct elections to the European Parliament. At the local elections of 1999 and 2004, the electorate was also asked to vote on national referenda (as well as European Parliament elections). The referenda in 1999, related to constitutional recognition of local elections (as previously mentioned), membership of the International Criminal Court, abolishment of the death penalty and, in 2004, the referendum was on national citizenship.

In essence, local elections are about deciding how our cities and counties are run; they are not substitute general elections. However, this is not always how local elections are regarded. For every person who casts a vote based on local issues, another person will vote on national issues or on the basis of a national popularity poll. While local elections are occasionally fought on a universal local government issue – water charges were the dominant theme in 1985 – it is more usual to find a plethora of contentious local issues such as road developments, incinerators, pylons, halting sites and landfills. Accordingly, single-issue, protest-based candidates appear regularly on local ballot papers.

Even though local elections are definitely regarded as second-order contests, that it not to suggest that the political establishment does not see them as important. As well as providing a mid-term assessment of the government’s performance, history clearly tells us that local elections can act as a forewarning for parties of what is to come. Many previous sets of local elections sowed the seeds of either future gains or losses at the Dáil level. We will wait and see how the 2014 local elections alter the political landscape in Ireland.

Dr Aodh Quinlivan is a lecturer in politics at the Department of Government at University College Cork where he specialises in local government.