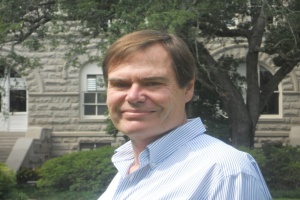 Posted on behalf of Dr. Barry Cannon and Dr. Mary P. Murphy, National University of Ireland Maynooth. This blog presents the arguments from a paper published in Irish Political Studies by the authors. Free access to the paper is available for the month of March at http://www.tandfonline.com/doi/full/10.1080/07907184.2014.942292#abstract

One of the questions which has frequently been asked about the Irish reaction to austerity, at least until the emergence of the Right2Water Movement, was why the Irish did not protest as much as in other affected countries. To attempt to answer this question we thought it would be useful to use a framework developed by Prof. Eduardo Silva of Tulane University in his 2009 book Challenging Neoliberalism in Latin America to examine the Irish case. Silva offers a multi-dimensional framework, identifying associational power (intra-group cooperation), collective power (cross-group cooperation) and ideological power (framing and brokerage mechanisms) as key concepts to help explain successful popular mobilization against neoliberalism in the region. Applying this framework to the Irish reality, our paper provided two key findings to help answer the question posed.

First, we noted that there indeed had been quite a bit of protest in the country and some very conscious attempts to build collective action and frame narratives. Yet most of these efforts did not demonstrate the necessary capacity, alliance building and narrative framing potential to create the conditions for a significant row-back in austerity measures. Reasons for this were the decline in trade unions and their adoption of a largely defensive position during the crisis and a historically strong Irish civil society now dominated by state and market, reducing its ability to respond forcefully to the current situation.

We concluded that more effort needed to be put into forging inter-organizational coalitions and unifying discourses and strategies, if a movement of sufficient force was to emerge to disrupt established narrative and policy. Despite government protestations to the contrary the crisis, we insisted, is still very much alive in Irish society, with debt, both collective and individual, remaining at record levels, having a negative effect on domestic demand. Moreover, unemployment, despite reductions, remains high, and a whole host of structural adjustment policies are pending, including new taxes and charges and privatizations of key utilities. The neoliberal waves, then, we contended were far from stagnant and potential for conflict therefore remained.

Little did we know that the Anti-Water Charges Protest would emerge so strongly shortly after publication last July, 2014. This movement does seem to satisfy some of the prerequisites found in successful cases in Latin America by Silva, particularly around framing and coalition forming. Fortunately, Maynooth University has invited Prof. Eduardo Silva as this year’s Distinguished Visiting Scholar, giving us an opportunity to examine the Right2Water movement and Irish social movement reactions to austerity in person with him. While here, from May 4 until May 18th, Prof. Silva will be involved in a number of events in the University and beyond, which aim to explore in greater depth the comparison between the Latin American and Irish and European contexts around popular mobilisation against neoliberalism. These include a Public Lecture (Tues 5th May), an Academic Workshop on the theme of Learning from Latin America (Friday 8th), a number of meetings with Right2Water and other groups and a one-day Conference with civil society groups (Friday 15th) amongst other events.

All those interested in these issues are welcome to attend the events listed, details of which will be made available under Network Events on the Network on Power, Politics and Society webpage: https://www.maynoothuniversity.ie/sociology/network-politics-power-and-society Through our article, Professor Silva’s visit, and the different events planned during his stay with us, we hope to learn from the Latin American experience in order to understand better our own reactions to neoliberalism in Ireland and Europe.

One thought on “Where are the pots and pans? Collective responses in Ireland to neoliberalization in a time of crisis: Learning from Latin America.”