The traditional attitude to scandal in Ireland is to politicise and personalise. We move on once the head-on-the-plate has been delivered. Or we just move on without it. The third anniversary of the Moriarty Tribunal fell last weekend – but let’s not go there (the hot weather in exile is some compensation).

Let’s get it right this time. The government are actually introducing far-reaching legislation that will make elements of Ireland’s ethical infrastructure that of international best practice. Ireland is not corrupt but that perception is there because we mess up on the small stuff.

The resignation of the Garda Commissioner Martin Callinan should not have happened. He was damned if he did, damned if he didn’t – long before his “disgusting” remarks about whistleblowers. 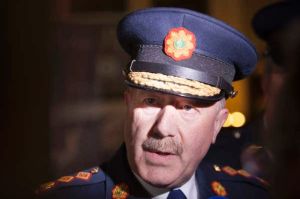 What should happen now?

For the last 18 months I was a consultant on the European Commission anti-corruption report on Ireland. This involved liaising with stakeholders from many of Ireland’s watchdog agencies. The problems they articulated were similar across the board – resource capability, legislative limitations, overlapping responsibilities and ability of the different oversight organisations to co-operate and share information. I wrote about this here and here. An independent audit of all oversight agencies is long overdue, as articulated by former financial regulator Mathew Elderfield last year.

The Garda Ombudsman Commission (GSOC) has made two specific reform proposals (among many others).

GSOC should act as the external confidential recipient. A position where the Gardaí receive complaints of corruption or malpractice about themselves was never a runner. Changes to the whistleblowing framework are already underway, there was a high level Inter-Departmental meeting on this issue already this week.

2. The Garda Commissioner must be subject to civilian oversight

GSOC currently have responsibility to oversee policing but this does not extend to the Commissioner. GSOC should have the capacity to investigate allegations of misbehaviour by the Garda Commissioner where it is in the public interest.

2 thoughts on “It’s not just the Commissioner, stupid!”