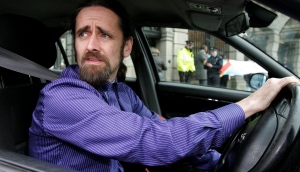 The ‘sort-of’ revelation on Twitter that Deputy Luke ‘Ming’ Flanagan may have used his Oireachtas privilege have penalty points wiped juxtaposes nicely with the eight month sentence imposed on the former UK cabinet minister, Chris Huhne, for perverting the course of justice in a case that started from misallocated penalty points. Huhne’s case is worthy of a soap opera, but Ming’s may be the comic relief in a tragedy. It shows a profound misunderstanding of the purpose of parliamentary privilege.

“The members of each House of the Oireachtas shall, except in case of treason as defined in this Constitution, felony or breach of the peace, be privileged from arrest in going to and returning from, and while within the precincts of, either House, and shall not, in respect of any utterance in either House, be amenable to any court or any authority other than the House itself.”

The second clause gives members the right not to be prosecuted for what they say in either Chamber, underpinning an important element of democracy: freedom of speech.

The first clause means TDs and senators cannot be arrested for offences that wouldn’t normally warrant a prison sentence (the distinction between felony and misdemeanour no longer exists in Irish law, but we can think of it as referring to indictable criminal offences).

Ming Flanagan’s case seems to show that parliamentary privilege is thought in Ireland, to place elected politicians in some way above the law. But the intention was never for this.

The purpose of such a privilege is twofold. One is to indicate that attendance at the House should supersede all other commitments. Second, and more importantly, it is designed to prevent abuses by executive authorities interfering in the legislative process. If the executive could organise the arrest of members, it could prevent them from voting. So it has something to do with the separation of powers.

The ‘immunity from arrest’ privilege dates from the 14th century in the House of Commons, when an MP was released having had been detained, thus preventing him from attending the House. This privilege from arrest was thus set in English law. The US introduced such a clause to its constitution (Art. 1.6), and we took ours almost verbatim from there.

Senators and Representatives “ shall in all Cases, except Treason, Felony and Breach of the Peace, be privileged from Arrest during their Attendance at the Session of their respective Houses, and in going to and returning from the same.”

In the US there had been fears that members of Congress might be arrested and detained in order to interfere with the legislative process.  It was adopted in the Free State constitution, which made a good deal of sense in a country born into civil war. Even in the less heady days when Bunreacht na hÉireann was brought in, it could still be seen as a bulwark to protect the Oireachtas and democracy. Although it is not something we expect to need to use in a normal democracy, constitutions often contain clauses that appear redundant until they are called upon to be used in extreme circumstances.

Who’s to say that the existence of the clause wasn’t important in the febrile atmosphere of Irish politics in the 1980s? Thus it would be better to leave it in place, but think about specifying when it can be used.

As with many constitutional provisions we don’t know to what extent it has been invoked, because we don’t know what would have happened were it not there.  This is the ‘law of anticipated reactions’. I may not prosecute because I anticipate that you will use a prerogative to defend yourself. Though the rule is never invoked, it is nonetheless important. A case brought against Senator Seán McCarthy in March 1990 was dropped at the request of the Director of Public Prosecutions because of an appeal to this privilege.

The privilege is seen as largely obsolete in other countries, but it has become a sort of accepted legal wisdom in Ireland (outside legal circles) that TDs cannot be arrested going to or from the Dáil. The clause doesn’t intend that it is for criminal matters. And it was never intended that this provision gave TDs right to drink and drive, or drive while on their phones. Nor is it meant to give immunity from prosecution. The sole purpose was that one could not be detained or be threatened with detention which would prevent a TD carry out her parliamentary business.

I suspect if a TD actually tried to invoke this privilege in the courts she might find that the courts would assign the article a much narrower application than it is currently thought to have. Nor does it serve politicians well as it feeds into a cynicism that politicians feel they in some way above the law. That was never the intention of this article.

Eoin O’Malley (@AnMailleach) is a lecturer in Irish politics at School of Law and Government, DCU.