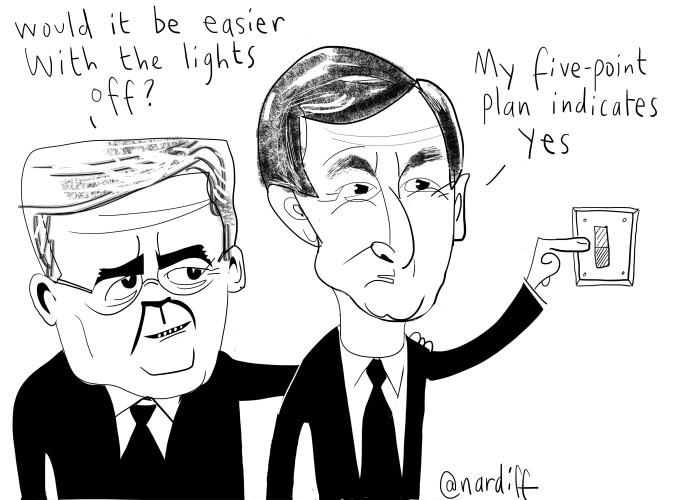 Although the election was a seismic event in the redevelopment of the Irish party system, the decisions made in the next week as to the structure of the government will have a greater long term impact. The decision Labour has to take as to whether to go into government or not seems to have already been taken if we consider the noises made by senior Labour members at the weekend. But if the party were considering more than getting bums on seats in ministerial mercs (or the share of a Prius) then it should pause for thought.

By entering government Labour will stunt its own growth and the potential development of a left-right divide in Irish politics. If it were to stay in opposition it would displace Fianna Fáil as the main opposition party. This would make much more difficult for Fianna Fáil the task of effecting a rebirth from the opposition benches – starved as it would be of Dáil and media time or any obvious basis to oppose an unpopular government. This could kill any potential for growth in Fianna Fáil. And with so many constituencies without Fianna Fáil TDs there are plenty of target seats.

Meanwhile staying in opposition would protect Labour’s left flank. In going into government Labour will be opposed vigorously by a young, energetic and largely articulate Sinn Féin and ULA. These parties will make hay with Labour’s inevitable compromises in government and will successfully label Labour as a conservative party and part of the ‘consensus for cuts’. By staying in opposition Labour can prevent this from happening and will be free to vocalise its opposition to what it sees as the deflationary policies Fine Gael supports.

For Fine Gael having Labour in government will be important, not just to have a secure government majority but also to spread the inevitable blame for the cuts that are coming. Fine Gael TDs will find it easier to sell these cuts to their constituents if they are also supported by Labour.

The Labour leadership will no doubt claim that it does not want to go into government but that the national interest demands it. It is also the case that the broad leadership of Labour is at an age when it knows that this will its last chance to govern. Its parliamentary party’s average age was the highest of the parties in the last Dáil. The national interest happily coincides with personal ambition.

But it’s not even that clear that it is in the national interest to enter government. A coalition with a large majority can become listless. A minority government is more likely to work hard to enable it pass legislation. It will be less obsessed with its own internal dynamic. Labour could possibly have as much influence were it to be in opposition. Especially if the Dáil is reformed extensively as Fine Gael has promised it will.

Or it might have and perhaps should seek none. Labour could reasonably argue that there is a right-wing majority in the Dáil. Fianna Fáil would find it hard to oppose the policies it campaigned on and presumably the right-wing independents would support some of these policies. It would make the task of the next government Chief Whip difficult but you could see Fine Gael drawing support from across the floor of the house. In fact the most difficult task might be to elect a Taoiseach, but here Labour could abstain in the national interest – because the country needs a government, even if it is a minority government.

With Labour leading a left-wing opposition it could restructure Irish politics more deeply than the 2011 election already has. Sinn Féin and the ULA would have less time and space to grow their parties. Labour could enter an election campaign in 2014 or 2015 with a reasonable expectation that it would be the largest party, perhaps under the banner ‘Sherlock for Taoiseach’!

But of course this isn’t going to happen – this is just a dream of the younger Labour members and a nightmare for Fianna Fáil, Sinn Féin and the ULA.

When Labour and Fine Gael enter government, the two parties should try to frame this government not as a normal coalition government of two parties who struck a deal to enable them take power, but as a  government of national unity which would go to the country in 2014 having reduced the deficit and ‘saved Ireland’. By holding it sooner than legally required they maximise the chances that people won’t have forgiven or forgotten Fianna Fáil and don’t give the impression they were in government for the sake of office. They could then go to the country as separate entities from left and right and hope that they’ll have been able to discredit as extreme the policies of Sinn Féin and ULA on the left and Shane Ross-types on the right.

But there will always be Fianna Fáil.

27 thoughts on “What next for Labour and the Irish party system?”