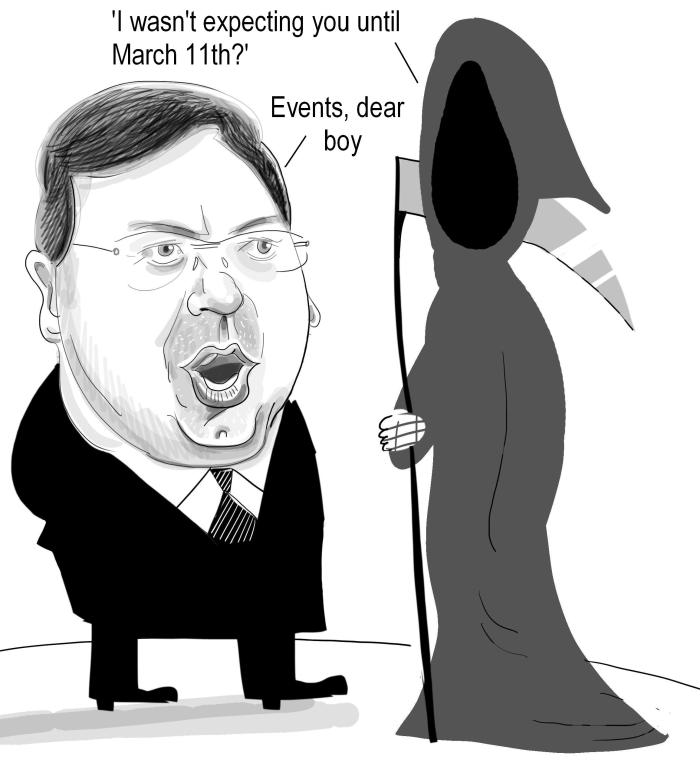 Brian Cowen’s decision to stand down comes mainly because he showed a lack of political judgement in pursuing a cabinet reshuffle to renew his party just weeks before an election. Cowen claimed he should have been allowed to reshuffle his cabinet as he wanted. He said it was the convention that party leaders in coalitions could put in place whomever he or she wished. However this is not completely the case – and certainly we’d not expect conventions to apply in such unconventional times. Coalition party leaders have an implicit veto over appointments, which is given power by the constitutional requirement for new ministers to receive the support of the Dáil. It is true it is something that party leaders are very reluctant to use it, but there was an example where a coalition party leader had exercised that veto. The PDs vetoed Jim McDaid’s appointment as Minister for Defence in 1991 because he had been seen celebrating the non extradition of a Maze escaper.

If Cowen really believed that he didn’t need to get Green Party support and approval then he had less political nous than any one would have previously believed. It’s more likely that he had little respect for coalition colleagues and thought he could force the Greens into a corner.

The other convention he appealed to last week, possibly to save his leadership, was that he didn’t think it a good idea that the Taoiseach was not the leader of the largest party. It’s well known that John A. Costello was not leader of Fine Gael, but served as Taoiseach. It is also the case that in many European countries party ‘leadership’ is split between leadership in parliament, the executive and the government. There’s no constitutional  reason why Cowen can’t stay on for the next few weeks until he dissolves the Dáil. The question is whether he can survive a confidence motion.