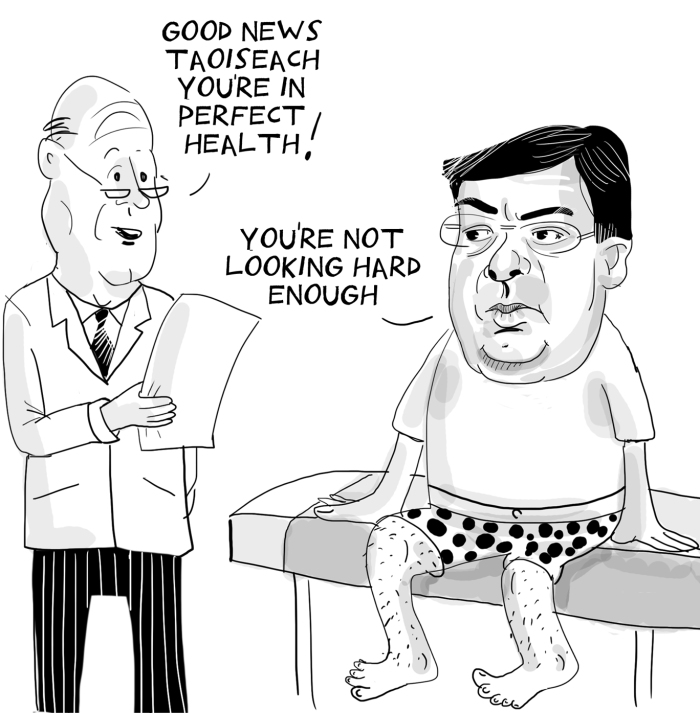 Constituency level estimates of party support based on these poll figures would stand as follows:

Seat levels won by the different political groupings in the different constituencies based on these figures are allocated as follows:

Fianna Fail’s percentage share of seats won is well below their admittedly disappointing percentage share of the vote in this poll.  This can be related to the party’s geography of support and their traditional catch-all patterns of support and the fact that there are no dramatic regional variations in party support.  This was a strength for the party when their national support level was polling in the 30s and 40s (and indeed my earlier poll analyses awarded Fianna Fail significant seat bonuses, but is a decided handicap for Fianna Fail when the party’s support levels fall to such a low level.  When party national support levels are as low as this, a party will win seats by relying on high support levels in some constituencies (balanced with very low support levels in others). For the smaller parties such as Labour and the Green Party, uneven geographies of support are usually a strenght. But if party support levels are evenly spread in relative terms, as is the norm with Fianna Fail, then that party will find itself with support levels below the quota in most constituencies.  It also ties in with my earlier stated idea that there is for every party a “tipping point” in their national support levels below which seat losses will be particularly exacerbated as happened with Fine Gael in the 2002 election. It is also worth noting that this model does not take account of the fact that Fianna Fail’s loss in support will be accompanied by an equal decline in vote transfers from other parties. Furthermore, Fianna Fail’s tendency to run more than one candidate in all constituencies would see the party declining support being split between two or more candidates, most of which will probably be incumbents, which could even see Fianna Fail seat losses being further exacerbated.

To make matters worse for Fianna Fail, one of the 12 seats allocated to the party in this model would be Seamus Kirk’s seat in Louth, held by virtue of his position as Ceann Comhairle. On these figures, it is possible that Brian Cowen could retain his position as party leader as no other potential leadership candidates might be left after the election. On these seat levels, the Fianna Fail parliamentary party would look something like this: Brian Cowen, John McGuinness, Timmy Dooley, Michael Moynihan, Michael Martin, Michael Kennedy, Aoife Brennan, Noel Treacy, Eamonn O’Cuiv, Willie O’Dea, Niall Collins and Seamus Kirk.

The other big story here is the significant surge in support for Sinn Fein. This could well be, in part, a reaction to an excellent by-election result for the party in Donegal South West last week – only future polls and of course the election results will determined whether this is a temporary surge or testament to a more sustained trend. If the latter, then such support levels would see major seat gains for the party, particularly in their heartlands in the Border region and the working class Dublin constituencies, but would also offer potential wins in other parts of the state such as Cork City and Laois-Offaly. Such seat gains would be at the expense of Fianna Fail, but these would also be bad news for Labour as the Dublin and Cork Sinn Fein gains may be seats that would otherwise have fallen into the hands of Labour.