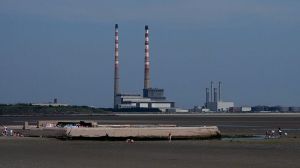 The Poolbeg controversy rumbles on with claims that Dublin’s local authorities have a get out clause which will allow them break their contract with Covanta;  a contract which many have argued is uncompetitive. Whether this is true or not could be given to the courts to decide, but in claiming that the councils must proceed with the contract, Dublin City Council commit some basic errors in decision making

It claims in a press release today that:

“The Primetime report on the project aired last night (Thursday 2nd Sept) stated that the Council could “walk away with no cost” on 4th September 2010. This is factually incorrect. The four Dublin Local Authorities alone have spent substantial sums to date in land acquisition, statutory processes and client representative costs etc. Further major expenditure is committed arising from the Compulsory Purchase Order (CPO) on part of the original site. These monies have or will be expended in implementing Government Policy on waste disposal.”

So what? These are evidently sunk costs – costs that have been spent and cannot be recovered.  If the councils are making a decision whether to proceed with the contract or to try to break it, they should not now take these into account. The only relevant figures are what it will cost to proceed or break the contract from now on. The sunk cost fallacy is a problem in decision making – so Lyndon Johnston couldn’t countenance quitting Vietnam because of the losses that had already been incurred. The Councils’ inability to see that these other costs are irrelevant may give credence to those who have claimed that their initial negotiation of the contract was inept.

One thought on “Poolbeg controversy and the sunk cost fallacy”