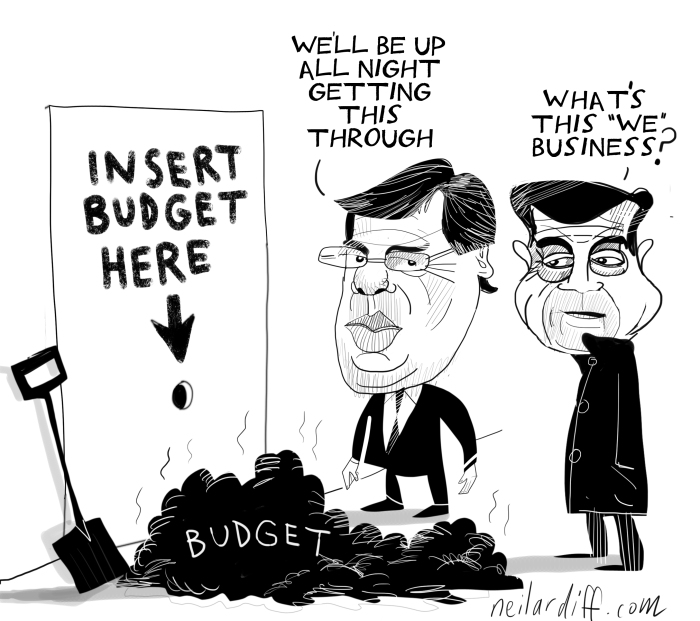 The most discussed budget in decades in due today. The budget is the main feature in the Finance calendar in any country but this year, the Irish budget is likely to be the centre of international attention. Budget 2011 will be exceptional for a variety of reasons. It will be the first budget presented to the Dáil, subject to direct monitoring, under the terms of the EU and IMF bailout. In fact, the bailout is dependent upon the budget being passed. The ongoing crisis in the Euro area means that international markets, governments and institutions will all be observing the outcomes of the budget.

A great deal is known about the budgetary strategy of the Government and, the broad parameters of the adjustment are known for months. Again, this is unusual, secrecy is an overwhelming feature of Irish budgets. Against, the backdrop of the financial crisis, the Government and the Department of Finance, were forced into developing a four year budgetary plan. The plan provided headline figures for tax rises and expenditure cuts in each year. It also gave detail on the likely timeframe for new tax measures, so little is expected in the way of tax surprises.

Political argument on the four year plan and the Government’s shrinking majority led to considerable speculation about a pre-budget election or a post budget Government undoing some of the measures to be announced later today. Much of this speculation was divorced from the reality that the annual budget can take up to eight months to prepare. The initial expenditure estimates process begins shortly after the signing into law of the previous year’s Finance Bill.

The call for submissions for the expenditure estimates process is usually issued in late April. A wide variety of bodies, including the social partners, accountancy and legal representative bodies, and the main interest groups all make contributions. The critical stage in the process involves bilateral meetings between Finance and the individual spending ministries. This is the bargaining stage where spending ministries outline their plans for the forthcoming year. Input on tax policy comes from the Revenue Commissioners, the tax strategy group and final proposals are agreed by the Government. The backdrop to the expenditure and tax proposals, are the projections on economic growth for the coming years. These are developed within the Department of Finance and have been the subject of constant criticism in the past few years. The growth projections are essential to determine tax receipts and any push/pull factors on expenditure. Budgets in the last few years have been the subject of intense cabinet debate and discussion. This is in contrast with the boom years, when budget details were shared sparingly, especially during Charlie McCreevy’s term as Minister for Finance.

The White Paper on Receipts and Estimates is presented to the Dáil within a week of budget day. This document contains the estimates of income and expenditure. The centrepiece of the budget process is the speech of the minister in Dáil Éireann. The speech is known as the financial statement and contains the summary of budget measures, with most attention paid to tax and social welfare changes. The budget comes with considerable ritual and the budget document is only circulated to members of the Dáil, once the minister begins delivery of his financial statement.

The document includes the financial statement of the minister, a list of the budget measures, budget statistics and tables with multi year projections, a stability programme update, the white paper on receipts and expenditures and the estimates for public services and a summary of the public capital programme. Any immediate changes in taxation, usually excise measures, are contained in the financial resolutions which are passed on the evening of budget day. The Social Welfare Bill and the Pensions Bill are put through the Dáil in the following weeks and the final component, the Finance Bill is usually signed into law by April of the following year.

The budgetary process has evolved in the last number of decades. The White Paper on Receipts and Expenditure was delivered with the Budget statement for the first time in Budget 2008. The timing of the budget moved from April delivery to December over the last decade. However, the controlling role of the Department of Finance has been retained, albeit with some greater flexibility. While spending departments have secured autonomy over day to day expenditure decisions, Finance retains a veto on all major spending developments. In 2011, this veto is likely to transition to the EU and IMF monitoring group.

2 thoughts on “The Budget Process”